The Creature from the Black Lagoon drawing by Dave Synder

An old tramp steamer, the Amazon river, a love affair out of control and a large finned, scale  covered monster. Yes… it’s the Creature From The Black Lagoon. Probably the most famous and best loved horror movie produced by Universal Studios and the last in Universal’s genre of monster movies. The Creature opens with scientists along with two local native helpers searching the jungle for fossils when they happen upon the fossilized hand of an unknown creature. 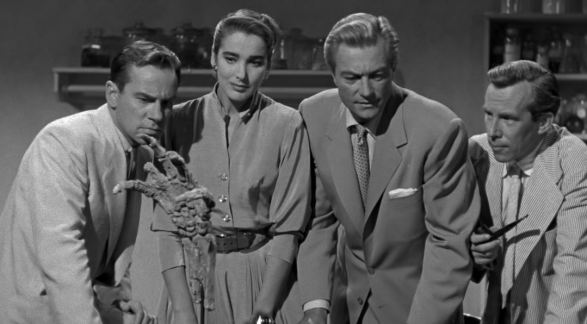 Later in the evening … As the movie plot is quickly developed and continues to move quickly (which is probably one of the reason why the movie was such a success) Two of the native helpers are attacked by the mystery creature and killed while they stand frozen in fear (so much for fight or flight syndrome).

A group of scientists and their female squeeze (Actress Julie Adams) enter the black lagoon in the Amazon River surrounded back dangers and dangerous wild life not to mention the big green man like monster they are about to encounter. The monster is however an impatient prehistoric oddity and wastes no time in making contact with the pesky humans that have entered his territory. The creature kills two natives and then terrorizes the occupants of the tramp steamer, carry a crew of scientists, boat crew and one pretty lady ( actress Julie Adams).

Creature from the 1954 Black Lagoon was Universal studios final installment in its monster genre. The Creature is probably one of the best known characters in universals monster series. The Creature was produced when science was becoming a big thing and Hollywood was filled with big monster bugs, birds and giant lizards, all being a bi-product of the misunderstood atomic age. Creature from the Black Lagoon spawned two sequels: Revenge of the creature (1955), which was also filmed and released in 3D in hopes of reviving the format, and The Creature Walks Among Us (1956), filmed in 2D. A goofy appearance with Abbott and Costello on an episode of The Colgate Hour aired prior to the film’s release. The appearance is commonly known as Abbott and Costello Meet the Creature from the Black Lagoon. But all things considered, the Scaly movie star (who was actually a guy by the name of Ricou Browning in creature attire) has maintained its longevity for over sixty years and still appears regularly on late night Tv. 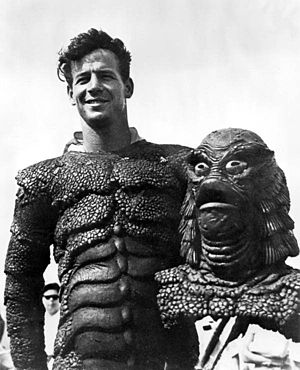 The large scaly one made a huge come back in Revenge of the Creature. the 1955 movie had the Creature being captured and taken to Marineland in Florida. Many scenes were shot in the large aquarium tanks there. 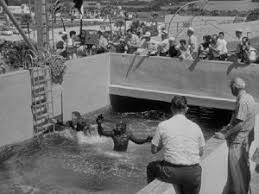 For those of us who grew Monster Kids, the interest in all things monster related is very deep and extremely eclectic. I’ve rubbed elbows with many of the dedicated adherents of the genre, and these people are a mix of all kinds of people. Many of them are hardcore collectors, artists, avid horror movie buffs, writers and comic illustrators. Many parts of the genre have cult followings, such of Ed Wood’s Plan 9 From Outer Space, the original Halloween movie (1978), TV series and shows such as the twilight zone, voyage to the bottom of the sea, Son of Svengoolie and the many movies that came out of Hollywood from the 1950’s to the late 1960’s.

Many collectors find total fascination in the sci-fi genre, and In this authors opinion the most prolific collector and advocate for the sci-fi genre was the famous editor of  Famous Monsters of Filmland (1958–1983), Forrest Ackerman.

Ackerman introduced us to the history of the science fiction, fantasy, and horror film genres to a generation of young readers. At a time when most film-related publications glorified the stars in front of the camera, “Uncle Forry”, as he was referred to by many of his fans, promoted the behind-the-scenes artists involved in the magic of the movies. (https://en.wikipedia.org/wiki/Forrest_J_Ackerman)

Forrest J Ackerman, standing along side the famed robots, “Robby” and “Gort” and Godzilla.

Forrest, or as he is affectionately referred to as, “Forry”, was (and still is) a great inspiration to collectors. Forry’s personal sci-fi and horror collection, which was housed at the Acker-Mansion in Karlofornia was sold auctioned off to the public after his death in 2008.  Forry’s collection embodied the heart and soul of sci-fi and early horror movies.

COLLECTORS; So what do collectors collect in the horror, sci-fi and monster genre? That’s a very broad question which encompasses everything from monster figures, to movie lobby cards, posters, toy space ships, robots, monster cards and many types and scales of plastic models.

One of the most interesting and creative aspects of the monster genre is the area of modeling and diorama building. Or what the modelers call “The build up”.

Modelers work in a very creative space. And as collectors, like the good doctor Frankenstein, they are surrounded by their creations and the equipment of their work. Their arsenal can include paint brushes, epoxy, glue, exacto knives and vivid imaginations. But these artists also struggle to find resources and model manufactures. Many of these modelers /collectors reach out to one another via social media to talk about and trade resources. Some times they display stunning examples of their labor. Below you will find a list of resources for collectors and modelers alike.  Modeling has indeed become an art form, which has grown beyond the old fashion simplicity of ready made models. Today’s collector’s now have access to a market of older model parts, reproduction parts and after market upgrades for models used to change their context and various roles in movies. 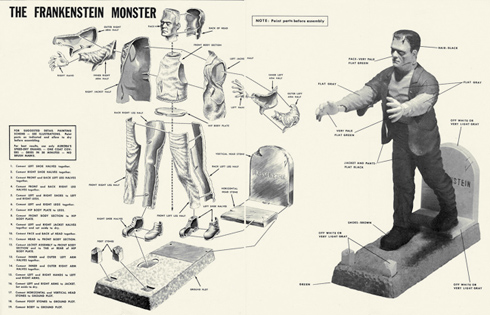 Instruction sheet from A Frankenstein Model

Aurora Models; The original Aurora monsters models are gone, but may have are still available on Ebay. Some still brand new in the box, some in parts other in used condition.

Pegasus Models; And yet another great producer of sci-fi models