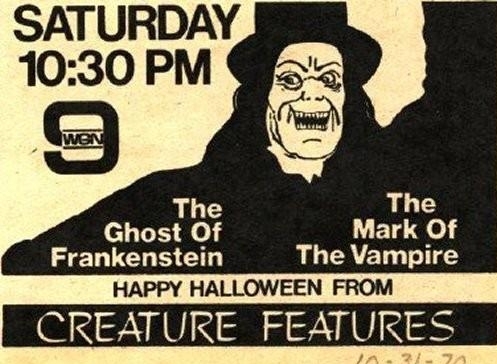 As kids in the 70’s we would rush home on Saturdays evening to the words;

Blood runs cold in every man,

Fog rolls in and coffins slam.

Those creepy spoken words were accompanied by haunting music, the slow motion images of the original Universal movie monsters, Dracula, his sidekick Renfield, Frankensteins Monster, the wolfman, the mummy scrolling across the TV screen. The words and the music were the intro to the now famous “Creature Features” show in Chicago during the 1970’s and produced and aired on WGN TV in Chicago.

Creature Features normally showed all the classic Universal Horror movies from the 1930s and 1940s, including, the Mummy Dracula, Frankenstein, The Creature From the Black Lagoons and others. They…